What if … Everything we think we know about ourselves and the Universe is wrong?

“The blue mist had disappeared, and they were standing in a sunlit forest. The fresh smell of early morning air was the first sensation that Sean experienced. Clean, fresh, unpolluted air, trees, moss, and soil. He took two or three deep breaths, allowing himself to sink into the clearness and perfection of the air and forest around him.

The Knight pointed toward forest floor indicating that Sean should kneel down. For once Sean did not refuse or ask questions. He knelt down. Directly on the ground beneath him, surrounding him and spreading as far as the eye could see was thick, green moss. “What is that?” the Knight asked.

“Are you sure? Touch it. Feel it. Look very closely at it.”

Sean obediently probed his fingertips into the green moss in front of him. The first thing he noticed as he carefully inspected it was the many shades of green. So many variations of one color. The next thing he noticed was each individual stem. The moss was a vine, with tiny stalks, each forming into tinier branches and leaf-like structures. “There are hundreds, maybe even thousands, of tiny leaves in just this one small bit of moss,” Sean blurted out, amazed that he had never seen that before. He had spent many an hour wandering through the forest outside his town, but he had never really looked at anything. He had always been obsessed with his thoughts and his anger.

The Knight continued, “Put your hand right down into the moss.”

Gently, and with a newly found feeling of reverence, Sean slowly pushed his fingers more fully into the depths of the miracle growing on the ground before him.

“Where does your hand stop and the moss begin?” The Knight asked.

“It’s all one thing isn’t it?” the Knight smiled. “You’re touching it, and it’s touching you. You’re holding it and it’s holding you. Now, Sean, lie down on your stomach. Lie down on the floor of the forest.”

Again, Sean did not hesitate to do as he was told.

The instructions continued. “Don’t do anything, Sean. Just lie there and feel. Be open. Expect nothing, but look for everything.”

As Sean lay on the soft moss of the earth, he found himself feeling in a way he never had before. His thinking stopped. He felt like an empty vessel, yet he was acutely aware of everything in his experience. His heart was beating strongly, almost loud enough for him to hear. As he listened and felt this beat, this rhythm, it increased to become a deeply rooted bass sound that reverberated throughout his whole body. He heard the Knight’s voice coming from far away, “Go further. Don’t stop. Move forward.”

The raven’s cry echoed in the skies above, a flock of geese announced their spring homecoming, and Sean wept. He thought he heard whispered words of, ‘Welcome Home, my son.’ But, maybe it was just the wind.”

What If ... Everything we think we know about life is wrong?

What’s this? What’s that?

We tell them what it is – that’s grass

and they don’t ask that question again

because now they know what it is 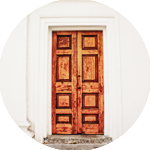 And so the door to possibility closes as certainty sets in.

If you know what everything is, you stop questioning.

but we don’t know about it because we have never bothered to look?

What if everything you think you know about yourself and the world
is only one side of a multi-dimensional reality?

How sad that you haven’t explored the other dimensions of life
because you thought you knew everything there was to know about it.

What if you have been walking around your whole life seeing only black and white,

when what really exists is a rainbow of colors exploding and expanding out in all directions?
Diffusing

Create your own path:

Sit by yourself where you won’t be disturbed

for a few minutes

doesn’t matter at all what you look at

Empty your mind of all you know about what it is

And really look at it

If you could see its molecular structure, it wouldn’t look at all like a glass

What about the chair you’re sitting on

How does it hold you up when it is way more space than mass?

You should fall right through it!

What about people? We seem solid, but are we?

The more you do this experiment, the more you realize that it’s possible
That everything we think we know about life is wrong

What you think is true, may not be true

What you think you are, may not be what you are

What you think our Universe is, may not be what it is

What you think your life is, may not be what it is at all

What you think your purpose is each day, may not be what it is at all

What if there was another whole purpose for everyone and everything in our lives but we don’t know about it because we have never bothered to look?

What if there was a huge and amazing world inside the world we think we live in.

What if it was a living, breathing, puzzle for us to solve?

If you thought maybe that was true, would you start looking for the puzzle?

You are not a body. You are Life Itself.

go to next step

experiment & create your own path

#1 are we all connected in some way?

#2 what if … everything we think we know about ourselves and the Universe is wrong?

#3 you are not a body. you are life itself

#5 to the fish the water is invisible

#7 how does this system of perception and belief really work?

#9 how to solve the puzzle of your life

#10 the simple truth about solving a problem

#11 what if … you could find any answer you needed?

#14 judgement is your worst enemy

#15 are you traveling north or south?

#16 how to be mindful of traveling north or south

#18 how I learned to travel south in my teaching

#19 my purpose and how it unfolded in my life

#20 what exactly is honor and why is it so important?

#23 are you controlling your dance?

#24 do you have the strength of character and courage to change our world?